Scientists have long tried to understand the origins of life on Earth.

Why does no other planet in this solar system have living organisms? What spawned life on this planet?

Particularly puzzling is the fact that just 4 billion years ago, the amount of energy reaching Earth from the sun was significantly less than it is today. âBack then, Earth got only about 70% of the energy from the sun than it does today,â says Vladimir Airapetian, PhD, a solar scientist at NASAâs Goddard Space Flight Center in Greenbelt, Maryland, and a Capella University faculty member in general bachelorâs education Astronomy. âThat means Earth shouldâve been an icy ball. Instead, geological evidence says it was a warm globe with liquid water.â Scientists often refer to this contradiction as the âFaint Young Sun Paradox.â

Research co-authored by Airapetian and published in May 2016 Nature Geoscience, however, suggests that, even though the sun was faint, the young starâs tempestuous nature may have helped spawn the conditions that led to the development of life on Earth. Young stars frequently produce powerful flaresâgiant bursts of light and radiation, accompanied by huge clouds of solar material called coronal mass ejections (CMEs).

Read more about this 2016 research study in NASA: Solar Storms May Have Been the Key to Life on Earth, as well as 2017 research study NASA Finds Planets of Red Dwarf Stars May Face Oxygen Loss in Habitable Zones.

Airapetian, charged by NASA to study CMEs, discovered that such powerful ejections of billions of tons of plasma from the Sun are formed together with flares, while somewhat common today, were often âsuper flaresâ 4 billion years ago and occurred as frequently as 10 times a day. These enormous explosions wouldâve been capable of warming the Earthâs surface to the point where the planetâs atmospheric chemistry was ripe for producing life. The novel point of the study is that CMEs create very fast particles that penetrated the atmosphere of early Earth and destroyed nitrogen molecules by smashing into them. This produced atoms of nitrogen that then created precursor molecules of life.

The novel point of the study is that CMEs create very fast particles that penetrated the atmosphere of early Earth and destroyed nitrogen molecules by smashing into them. This produced atoms of nitrogen that then created precursor molecules of life.

Such conclusions marry together the work of astronomers, chemists, and biologists, among others, and Airapetian, the lead author of the paper, says he is particularly proud to be part of such collaboration. Astronomy has been his passion since he was a young boy, and the development of infant suns has been an interest of his since he was a graduate student in Armenia decades ago. Young

Young suns, he says, are like âbig babies,â not particularly strong but capable of emitting fierce outbursts. Research into stars that are currently young gives todayâs scientist insights into how our own sun must have acted during its birth, infancy, and adolescence.

Looking up for answers

Airpetian has long wanted to share his love of astronomy with others, which led him to join the Capella faculty in 2000. In his courses, he uses an online textbook he developed with more than 250 animated illustrations that outline concepts in astronomy. âYou canât really understand our place in the universe unless you understand the stars,â Airapetian says.

The research published in Nature Geoscience has since been picked up by such major news outlets as the Washington Post, New Scientist, Mashable.com, and the Christian Science Monitor, suggesting its scope and importance in the world of astronomy. Airapetian says heâs glad for all the publicity but equally delighted to have found a possible answer to a mystery that vexed scientists for decades. âThe origin of life can be explained in the stars,â Airapetian says.

Important Information about the educational debt, earnings, and completion rate of students who attended these programs. 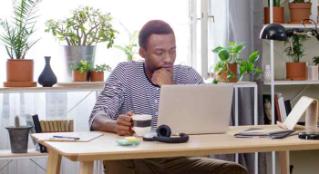 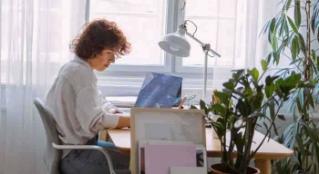 5 things to consider before pursuing your next degree 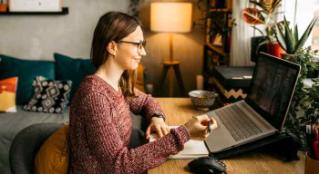