Corey Hudson* found his way to a career in psychology through an unusual academic trajectory.

Hudson was able to find a related job at a residential wilderness therapeutic camp that focused on group therapy for young people, and it turned out to be a good fit. Working with young people in an outdoor setting was a great way to combine his love of the woods with a new career.

Eventually he worked his way up to program director, and moved from Florida to North Carolina to Pennsylvania. After five years as a member of the therapeutic support staff, he knew he wanted to do more, including being able to write therapy plans and have more control over how those plans were delivered.

But he also knew that to do that, he would need a masterâs degree.

Advancing a career while balancing life

As he started to research masterâs programs, Hudson found Capella Universityâs masterâs in psychology, applied behavior analysis degree. Talking with an enrollment counselor, he learned the program would enable him not only to gain a deep knowledge of assessment and plan development, it would also give him the academic requirements needed to pursue the Board Certified Behavior Analyst certification.

Hudson also found Capellaâs flexibility appealing. âWorking full-time, I needed something that I could fit around my schedule and still allow me to finish the degree in a reasonable time frame,â he says. âCapellaâs platform and schedule were the most flexible.â He graduated in June 2015.

Although Hudson enrolled with an eye to improving his future career prospects, he quickly realized that the coursework had direct application to his current position. âI started to understand what weâre doing and why weâre doing it in a deeper way,â he says. âIt put the interventions I was doing into context and helped me see the bigger pictureâwhy it was necessary.â Beyond context, he says the coursework also strengthened his critical thinking skills and his ability to grasp complex concepts.

Once he graduated in 2015, Hudson moved into a supervisory role that allowed him to start writing plans and protocols for patients with Autism Spectrum Disorder (ASD)âexactly the role he was hoping for.

Hudson is exactly where he wants to be and doesnât have plans to change anything in the immediate future. Heâs grateful to have found a program that gave him the skills and education with the flexibility to manage with a full-time job. Not that it wasnât without challenges.

He notes, âYou have to want to do this. No oneâs handing you this degree. Itâs a quality program and you have to earn it. But if you do the work, youâll be able to go on and help others in your communities.â

Hudson also notes that Capella faculty and advisors are deeply committed to the program and its students. âThe teachers were always available, always,â he says. âThey were very accessible, and that really helped me through some of the challenging times.â

*Actual graduate who agreed to appear in promotional materials for Capella. 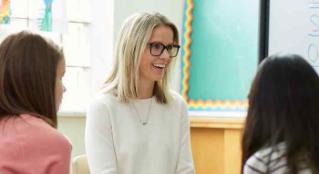 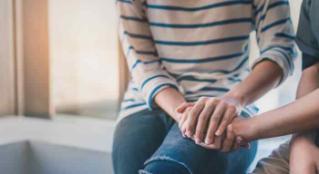