The role of public health officials in combating infectious diseases

As the Association of Schools and Programs of Public Health (ASPPH) states, public health officials are âhelping to solve the worldâs most pressing health problems.â

Presently, U.S. public health officials are on alert related to measles, influenza, and the virus called Zika, a mosquito-transmitted virus which spread in early 2015 and has since been reported in at least 20 countries and territories in the Americas and western Africa. Infectious disease outbreaks like Zika are an example of the pressing health problems these professionals seek to mitigate.

Public health officials play a vital role in keeping people informed when it comes to infectious diseases and other potential health risks to a given population. The field is diverse and positions can vary.

When considering a career as a public health professional, itâs important to keep the following key areas in mind.

Part of a public health officialâs responsibility is to develop adequate response plans. In the event of an epidemic or disease outbreak, these professionals are charged with developing proactive strategies that can be rolled out efficiently during an emergency.

âPublic health officials can prepare for Zika by informing themselves and the public on how Zika spreads and the symptoms of the virus,â explains Nohelty. âThough there is no vaccine to prevent Zika, best prevention methods center around avoiding being bitten by mosquitos that carry the virus.

Continuous study of how infectious diseases spread is a vital part of public health officialsâ responsibility. This research can lead to new discoveries in the detection and prevention of global epidemics such as AIDS and influenza, and environmental risk factors such as vehicle exhaust, tobacco smoke, or factory emissions.

Through their ongoing research, public health officials are able to develop new and better ways to advocate for policies and resources to combat these persistent public health concerns.

The U.S. National Library of Medicine and National Institutes of Health published an article on the role of public health officials in communicating to the public. Since they need to reach various populations in a variety of ways, public health officials have a crucial role in providing technical information to non-science audiencesâspeaking in terms that the public will understand and trust.

In order to accomplish this, public health officials must employ various communication strategies that resonate with diverse populations, yet relay similar messages. They often partner with organizations that already communicate with the target population to help get the word out on public safety concerns and emergencies. Or they organize face-to-face meetings for populations who do not have access to digital communication or who are not likely to read mass media in print.

Public health officials are also concerned with accessible health care for all populations, including at-risk populations such as those with disabilities, those who may have limited means of communication, those who live in urban areas, or those in poverty. According to the ASPPH, these at-risk populations can have a higher capacity to contract infectious diseases. 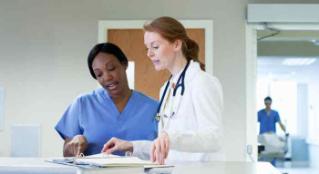 How to uncover and address inequities in health care 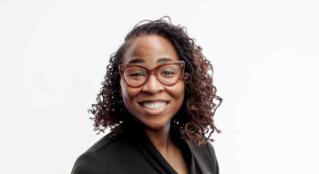 A nurse at the intersection of finance and health care 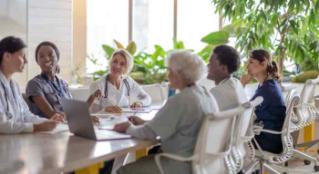 How disruptors in health care demand a new style of leadership