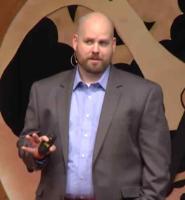 The short lecturesâinitially limited to topics related to technology, entertainment, and design but now encompassing everything from personal productivity to global businessâare given by experts to an audience and then posted online. Huston found the talks inspiring and informative, and he dreamed of someday getting onstage and giving one himself.

So when Kent State University, where Huston is a senior lecturer and undergraduate and graduate program coordinator, announced that it would host a TEDx conference, he found himself thinking about topics he could focus on. He was in the process of completing a Doctor of Education (EdD) program with a specialization in educational leadership at Capella University, and had developed some theories of his own about the kind of innovations it would take to transform K-12 education in the U.S.

âMy students egged me on,â Huston recalls. âThey said I should apply.â With this nudge and the encouragement of his wife, he decided to throw his hat in the ring.

Higher Ed through a systems-thinking lens

Huston has spent 15 years in higher education. He knew a lot about academic programs, and taught students online for 7 years. So a few years ago, when he decided to pursue an EdD, he had a very specific vision of what he was looking for. âI liked Capellaâs program because it was a true EdD track meant for improving your professional practice,â Huston says. âIt wasnât PhD lite.â

He also liked the programâs pacing. âIf I worked hard, I could get done faster,â he says. As a husband and father of three, making the most of his time was important.

âCapellaâs online program was a good overall fit,â he says. In addition to boosting respect among his professional peers, Huston believes his degree will allow him to do more teaching, earn more, and have more impact on the overall sphere or higher education.

His own experience with online educationâas a student at Capella and as an online instructorâhas deepened his interest in educational innovations. âIâve become an advocate for online learning,â he says. âI know how good it can be when itâs done right.â

Chief among the innovations that Huston has explored in his studies is systems thinking. At Capella and in the Kent State courses he taught, he found himself focusing on the interconnectedness of educational components, rather than individual courses, programs, and departments.

âWe think of education like an assembly lineâyou complete one grade and move on to the next,â Huston says. âBut what if we treated students like living systems that are constantly evolving? Some aspects of learning might be moving faster than others. We might need to reevaluate how things taught in first grade relate to things taught in sixth grade or eleventh grade.â

Last February, Huston appeared before an audience of enthusiastic listeners to deliver his TEDxKent State Talk. He suggested that teachers from K-12 collaborate across the grades. What if students were grouped by achievement, rather than age? What if schools were viewed as living systems?

âWhen a district takes a systems-thinking approach, the entire district views problems and outcomes differently,â he told the audience. âViewing education as a system forces administrators to look deeper and create solutions that address not only the problem but also the cause of the problem. They develop an appreciation that thereâs a deep connection between everything in a district.â

His presentation on education was well received and Huston was surprised at the number of people who complimented him on the talk in the days that followed. âIt was really gratifying,â he says. âIt felt like a really big deal. But even if other people didnât say anything, I wouldâve been glad I took the leap. Personally, it was an important accomplishment.â 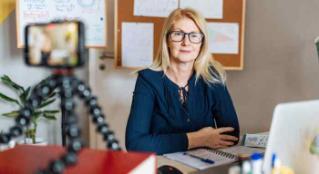 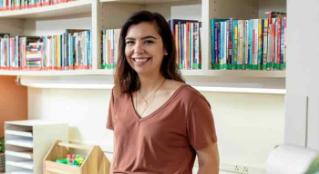